I was recently involved in a motivation and leadership building exercise for student leaders of a school. This school is located in a urban ghetto; most of the children come from homes where the parents are not well educated and face economic and social difficulties. The teachers described their wards as not having a vision or purpose in life; they said most students drop out early, have very short attention spans, and do not take any initiative.

I offered to conduct a half-day session which would help the children see the opportunities they have as well as the potential available to achieve excellence in life.

When the day dawned, there were 75 students present ranging in age from 13 to 16 years. A colleague of mine played a key role in designing and running several activities. The students were divided into 4 groups and asked to write their expectations and challenges they felt they faced. They also mapped their school marking all the resources.

One of the activities was to create an aircraft using a sheet of paper, and seeing who could fly it the farthest. This helped them see that all of them started with the same equal resource, and need not feel that they have less opportunity in comparison to richer kids. They also realized is that what matters is how they use the resources they have to travel far in life.

The next two activities involved work with A Frames and Giant Shoes. The Main objectives were to help the children work together as a team, learn to communicate effectively, understand situational leadership and the power of encouragement. There was a lot of laughter as well as a surprising level of determination and initiave.

The final activity was Shoe reach. The main objective was collaborating to achieve excellence. Again it was encouraging to see the children brainstorm, listen to each other, support each other and coordinate their efforts.

The children were then asked to write down the lessons learnt in three sections; what they would start doing as a result of what they learnt, what they would continue doing, and what they would stop doing hereafter. This sparked very animated discussions and very long lists. It was amazing to see how children who had written so many challenges hindering them in the morning, now writing so many things they realized that had the potential to do.

They were the same children who started out in the morning. All that had changed was their realization of their potential, instead of focusing only on their problems. 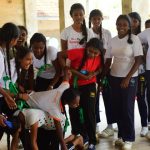 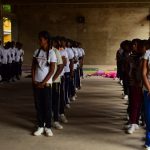 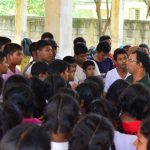 Fhix45 Training company for a Bank client on June 29th