“Thank you for hosting us so cordially and allowing us to use your facilities for our end of year event” was what Mr. Tudor Perera the President of the Kepungoda Senior Citizens’ Society said, during the Christmas program conducted on the 16th December 2016.

Members of the society spent several days in preparing for this event: rehearsals were conducted, costumes were meticulously stitched, and the outdoor stage at Sanctuary House was fitted with a grand screen for the Nativity play.

The day of the event dawned bright and sunny. Senior Citizens from the village vended their way to Sanctuary House, mostly on foot, some on motor cycles and bicycles, while the very frail were transported by cars and vans. Approximately 100 were gathered when the Parish priest arrived.

After the opening prayer and several speeches, the formalities were over and the festivities commenced. Several solos and group songs were sung. The story of the Nativity was presented as a drama. What was unique was that all the actors including those representing Joseph and Mary were senior citizens!

Refreshments were served by Sanctuary House and were enjoyed by all. It was a memorable occasion for the villagers and they all left with a smile on their faces and joy in their hearts. 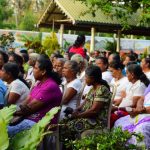 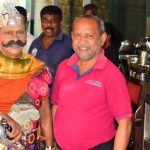 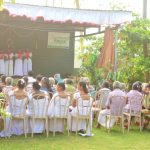 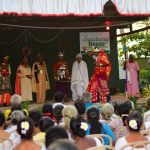